At dusk, it was possible to monitor discretely what was going on in people’s houses.  I knew with fair accuracy who was picking their nose, in what room, and would note each detail among the other sordid treasures of my spy book.

Some people were paid particular interest, and for these I remember the details yet to this day some forty years later.  From my vantage, whizzing by someone’s living room window at just the right time of day, and popping in and out behind the hedges, I kept tabs on Hillcrest Drive.

I collected plenty of intriguing material to later parse and peruse.  Mother was right.  I was naughty.

When setting out for a day’s spying, I’d be on a mission with no particular destination but toward mischief. It was such that I’d lose track of time and arrive home hours later covered in a mélange of dirt briar and grass-stains.  I was a precocious and excitedly disheveled little overachiever of naughtiness.  Yes that I was.  Likely sharing the disposition of Harriett, my mentor.

Eventually I somehow wearied of my career as a spy.  My spying abilities never got any credit whatsoever, and I was always being reminded to go practice something or other. 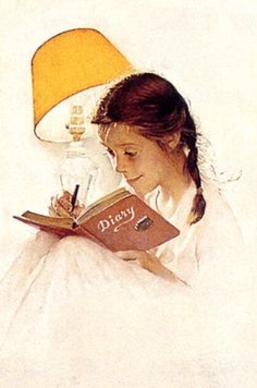