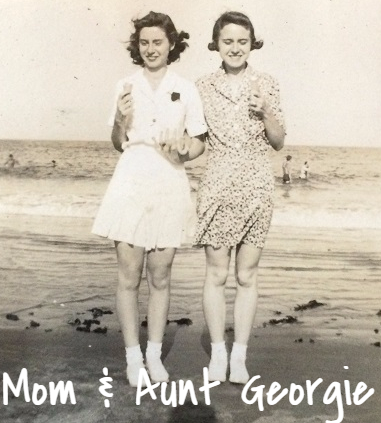 Over Thanksgiving, I went to a Planetarium and saw a show called Galaxies.  As the lights dimmed and the galaxies emerged in the virtual sky above, I saw luminaries, galaxy after galaxy more beautiful than I ever imagined, set to the music of Eric Whitacre’s Virtual Choir playing ‘Lux Aurumque’ in the background.  The enchantment was so complete that tears were streaming down my cheeks.  My mother always said there were other worlds to sing in, and my faith in mother’s declaration of joy, my faith in this infinite glorious mystery of life was renewed with bracing clarity.  Can this place where science and spirit meet be the realm of the soul?  Over the next several days, the things I learned about space, time, and soul have given me a new appreciation of the world and the universe we live in.

I had always thought of time as a constant – something that ticks with a constant beat like a metronome, the same for everyone, universally.  A minute is a minute is a minute.  But it turns out that this is not so.  Constant time is merely an illusion.  In fact, time is relative and is only constant to the person who experiences it, much like our perceptions and feelings.  Each of us experiences the passage of time in different ways and at different rates.  This, I read, has been demonstrated through space missions:  super-precise atomic clocks synchronized on earth then separated with one remaining on earth and the other blasting off into space, zipping around the Earth several times, then returning to Earth have shown how time passage is relative:  the clock that orbited the Earth was younger than its counterpart that remained on the ground.

It seems that gravity and the speed of the orbiting clock has something to do with this phenomenon called time dilation.  Gravity is a by-product of mass; or rather the introduction of mass in 3D space introduced this force called gravity.  In fact, the introduction of matter even as small as a speck of dust creates a disturbance in the space-time continuum.  This disturbance is enough to cause a rift in the passage of time between the observer and the speck.  What is it that causes the rift?  What is gravity, and why is it that gravity and time shifts are inter-related?  What is it about gravity, this supposedly weak force that is so important here that it has influence over light years?

If one takes this to an extreme, for example the black hole (which has an overwhelmingly large amount of gravity where even light can’t escape), one can imagine the tremendous time shift at work near the surface of this remarkable object.  This is where the concept of space and time together as a fabric becomes interesting and really hits home with me, for if three-dimensional space exists in a world or universe with even more dimensions, then time itself would be the fourth.

In Flatland by A. Square, the pseudonym of Edwin Abbot Abbot (get it?), a Square in a two dimensional world encounters a Sphere.  But the Square doesn’t see a Sphere for it can’t perceive three dimensions, only two.  What the Square perceives of the Sphere is that it is a Circle because that is the only way it can comprehend this bizarre visitor.  As the Sphere descends through the dimensional reality of the Square, the Square perceives a Circle that grows and shrinks as it descends.  In this case, the third dimension can in some ways be perceived as an extension of time, for as the Sphere descends through the Square’s world, it can be seen to be born, mature, grow old, and perish much like the cycle of life, and yet nothing really happens to the Sphere itself:  it’s the same before, during and after it passes through the Square’s dimension.  When we consider our own three dimensions, I can’t help but wonder if as we morph and change throughout our lives as children, as adults, we are all but one and the same in our advanced age as in our youth much like the sphere descending through that plain of existence.  This makes sense to me, all of us being ageless spirits.  And science is only just beginning to catch up to what many of us have already known deep inside.

“Magnetism is one of the Six Fundamental Forces of the Universe, with the other five being Gravity, Duct Tape, Whining, Remote Control, and The Force That Pulls Dogs Toward The Groins Of Strangers.”  -- Dave Barry